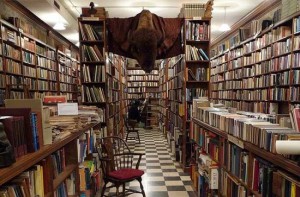 I am currently a postdoctoral research fellow at the Varieties of Democracy Institute at the University of Gothenburg. My research focuses on the effect of the Internet and new communications technologies on politics. My dissertation, Information and Revolution zoomed in specifically on the effect of such technologies on the chances for revolution in authoritarian states.

In Information and Revolution, I point out that there are two main schools of thought regarding the effect of the Internet on politics: the idealists who see the democratizing potential of the technology, and the cynics who see it as empowering dictators, a la 1984. I argue that both existing camps are flawed, and theorize that the Internet affects the equilibrium between authoritarian rulers and the population in two ways. First, a population’s aptitude with the Internet (which I call population technical literacy) decreases the transaction costs of collective action and therefore makes the organization of opposition easier. Second, an authoritarian regime’s aptitude with the same technologies (which I call regime technical literacy) both makes it easier to identify dissidents and reveals otherwise hidden policy preferences of the population. Thus a highly technically literate regime can target the population with policies that repress without indiscriminate force and placate
without liberalization.

The Internet gives David a bigger sling, but it also tells smart Goliaths exactly when to duck.

The following are the articles that I have either published, or are under review at the various peer-reviewed journals.

In addition, I manage some data that might be of use to other researchers, even as I use it in my own work. I have written fully automated software that downloads, processes, and archives every tweet with an attached geocode (i.e. latitude and longitude) from Africa, Eastern Europe, and Asia. This database goes back to February of 2012 (and for Russia goes back to December of 2011, with a start date coinciding with the mass protests of that month). It is a fantastic resource for automated content analysis, GIS work, or just taking a look at the conversation occurring within a certain country. The data is archived in real time, and at this point contains around 3 billion tweets, sorted into country in real time with a variety of custom GIS code written in Python. Please contact me if you have any interest in using that data (or presumably some subset of it) for a project. Suggested co-authorships are always welcome, though offers of select beverages may be entertained as well.

For example, the image above is a rendering using my database and GIS of a random sample of 1% of all the tweets posted from Nigeria in the year 2012. That’s approximately 40,000 of 4 million tweets for the year (many of the individual dots obscure each other in the rendering). Click the image to view it a bit larger.