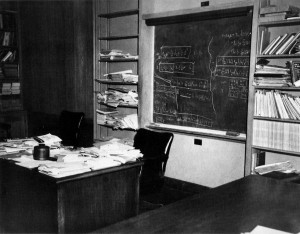 I began teaching as an adjunct professor in Virginia Tech’s political science department while still a PhD candidate at the University of Wisconsin-Madison, and was privileged to teaching a wide variety of courses there in comparative politics, national security, and international relations. I was especially honored to receive a Favorite Faculty award, which I’m assured is received by less than 5% of faculty. In August of 2017, I will begin work as assistant professor of cybersecurity in the political science department at the University of Nevado, Reno.

In addition to serving as adviser for a number of student independent research projects, here are the syllabuses and descriptions for each of the courses I’ve taught thus far:

The Internet and the rise of new communications technologies over the last generation has irrevocably changed the nature of communication. This course explores the effects of the Internet on politics and society. It begins with a study of what the Internet is and how it works, and moves on to what immediate implications it has had with regard to transaction costs and collective action problems. In addition, the course covers issues of Internet governance and institutions, the rise of the global network economy, and the effects of the Internet on social identity. Contemporaneous events and issues such as the Arab Spring, the digital divide, Wikileaks, and cyberwarfare are each covered in detail.

Covers the post-communist experience in Eastern Europe and Asia. We will begin with analysis of why communism failed and the Soviet Union fell, and then discuss the various experiences of transition during the 1990s, in social, political, and economic terms. We will also cover the stabilization of the post-communist states over the last decade, and discuss the long term possibilities for the region.

Explores Russian foreign policy in the contemporary world, with an eye on the deep historical context that informs the relationships between Russia and the rest of the world, and the unique Russian position as a bridge between the West and the East. Major topics covered include Russia’s history and relationships with the Muslim world, America and the West, China and East Asia, and the developing world. Particular attention is paid to Russia’s relationship with the former Soviet Empire since the fall of communism, and the effect of Color Revolutions and the Arab Spring upon the Putin regime’s efforts in international relations. In addition, we discuss various environmental issues’ effects on Russia’s relations with its neighbors, security issues such as terrorism and nuclear proliferation, and how Russia’s concern with spheres of influence interacts with an often post-geopolitical west.

Introduces students to the variety of political systems in the world, in addition to fundamental ideas of the field of Comparative Politics. We will also explore a number of in depth case studies in order to see how the political, economic, social, and institutional characteristics of different states have led to a myriad of political structures.

Introduces students to the fundamentals of strategic theory. Topics under examination include the evolution of warfare; law, politics and the use of force; the causes of war and the conditions of peace; strategic theory; deterrence; arms control and disarmament; terrorism and asymmetrical warfare; technology and warfare; humanitarian intervention and peace operations; and weapons of mass destruction.

Introduces American political institutions, actors, and processes. Students will learn how and why the American political system is designed the way it is, how it has evolved over time, and acquire a working knowledge of how the system works in practice, including such topics as the presidency, Congress, elections, and other institutions.